DON'T REPLACE IT. CLEAN IT! 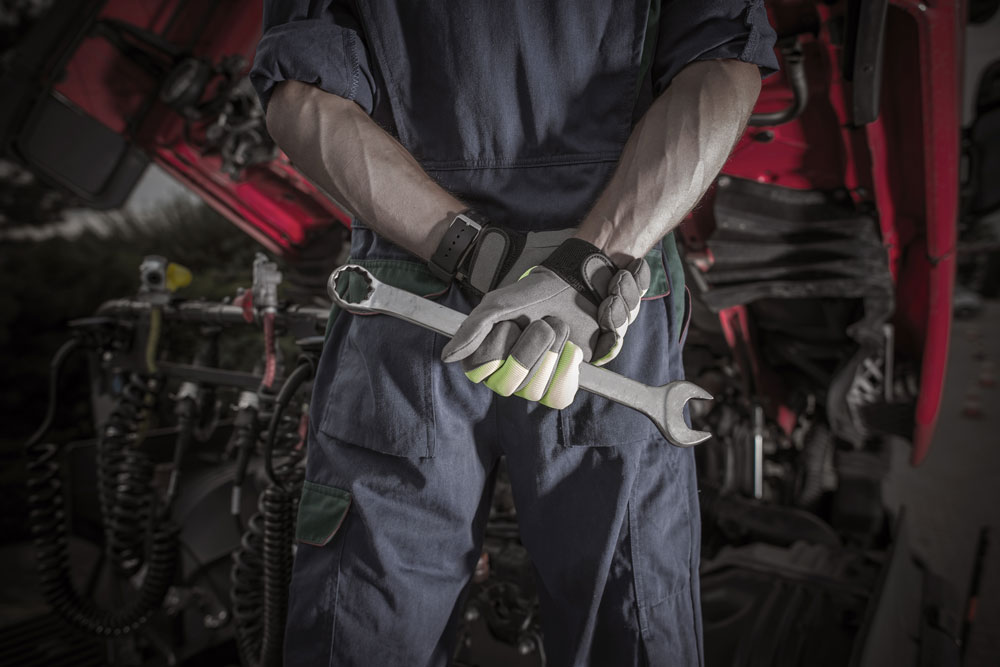 We do service for all makes and models of DPF/DOC/SCR filters, including all diesel engine equipment: buses, light, medium and heavy duty trucks, construction equipment, diesel generators, diesel cars and boats.
We clean Diesel Particulate filters more thoroughly than ever before. This is the only Diesel Particulate Filter cleaning system on the market that has extreme suction on the outlet side as well as pinpoint accuracy of forced air through the inlet side. We can ensure you there is no other DPF cleaning machine on the market that can get a DPF cleaned better than ours. 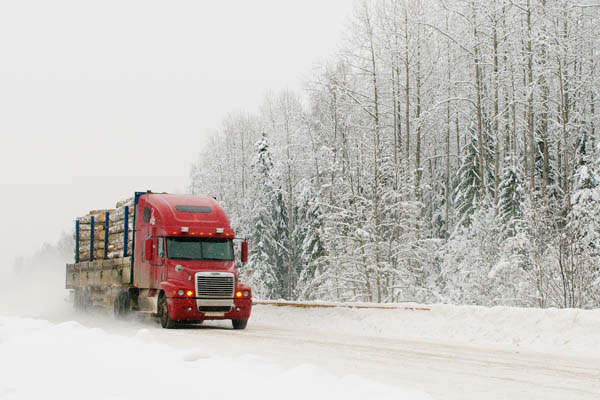 Being in the trucking industry, we are all more than aware of the headaches cold weather can create for drivers and maintenance managers alike. Most industry veterans are very familiar with the havoc that winter can cause for a truck’s fundamental components. However, many of us are not as comfortable with the newer technology of the engine and after treatment systems that are ever-evolving. It’s well known that fuel consumption increases during the winter months, partly because composition changes by refiners to winter fuel to make it more volatile and burn properly in cold weather conditions. Diesel consumers also notice lower mileage in the winter. Burning more fuel costs you money, but it also means more diesel particulate filter (DPF) problems. Increased idle times in the winter also causes major DPF regeneration problems.
What you can do to prevent DPF regens…
You don’t want your diesel fuel to gel up and park you on the side of the road. This business is expensive enough without suffering terrible fuel mileage 40% of the year. 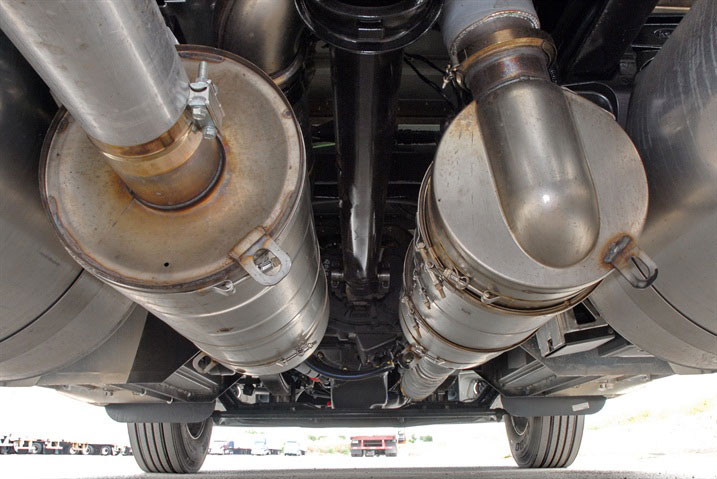 The DPF system consists of the following:

Diesel Oxidation Catalyst (DOC) – The DOC reduces particulate matter and oxidizes carbon monoxide and hydrocarbons.
DPF – This filter is designed to remove more than 90 percent of particulates out of the exhaust.

The SCR system consists of these components:

Diesel Exhaust Fluid (DEF) – A solution made of urea and deionized water. DEF is introduced into the exhaust stream to reduce NOx emissions.
DEF pump – A part of the DEF delivery system that vacuums DEF from the tank, through the pump, filters the DEF and primes and maintains pressure between the DEF pump and doser.
DEF doser – The doser injects DEF into the exhaust system.
Decomposition chamber – This assists in mixing the exhaust stream with DEF prior to the SCR.
SCR – This is the catalyst for the chemical reaction that transforms the combination of the exhaust stream and decomposed DEF to meet regulations for NOx emissions.
The DOC and DPF work together at the front end of the system to reduce carbon monoxide and hydrocarbons, but more importantly, capture soot and ash in the exhaust system to reduce the risk of those particles reaching the atmosphere.

From there, the exhaust moves through a mixing chamber that introduces DEF … needed for the chemical reaction to reduce NOx in the SCR. The resulting ‘exhaust’ that gets reintroduced into the atmosphere is comprised of harmless nitrogen gas and water vapor.

In addition to the primary components of the aftertreatment system, there are also sensors. A differential pressure sensor estimates captured particles in the DPF. Exhaust gas temperature sensors monitor the system temperatures. NOx sensors measure the NOx conversion. PM (particulate matter) sensors, also known as soot sensors, measure particulates in the exhaust (mainly ash and soot). All of these sensors indicate when the after-treatment system needs repair or maintenance.

HOW TO MAINTAIN A DPF?

Diesel Particulate Filter Regeneration:
The key to maintaining a DPF is to ensure it’s able to regenerate itself when it fills with soot (triggering the warning light). The two types of generation include passive and active.

Inside the aftertreatment device (ATD), the exhaust first passes over the diesel oxidation catalyst (DOC), then passes through the diesel particulate filter, which traps soot particles. Passive regeneration happens when heat in the engine builds to the point where soot, or carbon, is combined with oxygen to create carbon dioxide. Since carbon dioxide is a gas, it can pass through the filter. Ash, on the other hand, is already a byproduct of combustion, so no amount of heat from the engine can convert it. Over time, the ash will build up to the point where the filter has to be physically removed and cleaned. This filter can then be reinstalled and reused. Passive regeneration occurs as the vehicle is driven normally under load; the driver is not aware that it is happening. It may not always keep the DPF clean over the course of the workday, so the filter may have to undergo active regeneration.

Active regeneration is unknown to the driver with the exception of some additional dashboard lamps. The biggest sign to look for to determine if it is taking place is the high exhaust temp light, which will turn on once the aftertreatment doser starts to inject, increasing the temperature in the aftertreatment device.

When operating conditions do not allow for DPF cleaning by active or passive regeneration, the vehicle may require an operator activated parked regeneration.

In order for this to take place, the vehicle must be standing still. The driver or technician brings the engine to operating temperature and initiates the parked regeneration by activating the dash controls. This may take anywhere from 20 minutes to an hour, depending on ambient conditions and type of engine or DPF system.

BEFORE INITIATING A PARKED REGENERATION

It’s critical for the driver or technician to ensure the exhaust outlets are directed away from structures, vegetation, trees, flammable materials and anything else that may be damaged or injured by exposure to high heat. Not all DPF systems have a parked regeneration feature.

How much does it Cost to Replace a Diesel Particulate Filter?
Replacing a diesel particulate filter can be pricey. A new filter from a car manufacturer can cost anywhere from $2,000 to $10,000.

It’s no secret that as cars and trucks age, their value decreases. Oftentimes, the price associated with replacing a DPF in an older, higher-mileage car or truck is more than the value of the vehicle itself. It’s much easier (and more affordable!) to clean a diesel particulate filter than it is to replace it, which is why understanding how these filters work and performing regular maintenance is so important.

If a parts supplier charges less for a DPF, be wary—the filter must be the correct type for your vehicle. Otherwise, you will most likely end up spending more on repairs.

What Our Clients Have Said

Jamison Norris

Read More
Peter is fast and professional. Truck runs smooth again. Thanks Peter!
Strada Strada

Read More
Great job.This guy is good. got done really fast. Excellent job.Price is very good.i recommended.
Michael Gocia

Read More
If you are looking for DPF services, I would highly recommend this company. Excellent work and the most efficient guys you ever hoped for. I have no hesitation in awarding five stars to this company.
Karl Dexter

Read More
Great shop, completed service in the time frame they said they would. The price could not be beat. Highly recommend this shop for heavy truck service.
Sabir Singh

Read More
Peter is the man. He’s the best in Dallas area cleaning the DPF filters. Fast and cheaper than other people.
Previous
Next

I would like to introduce myself and tell you a little about my background. My name is Peter Golove. In the past, I was a truck owner-operator. I also had some experience in mechanics, but wasn’t very interested to advance it. All those years that I spent driving gave me experience and knowledge about trucking. It also taught me how difficult and demanding this business can be. Dealing with all the regulations, police, poor quality mechanical services, and dispatchers all by yourself can be overwhelming. Nobody really appreciates how hard you work and how tired you might be. Every company you work with cares about timely delivery. What they don’t take into account is your rest and sleep hours and emergency situations. Any machinery can break at any time and trucks are no different. Once, I almost got into an accident because I almost fell asleep while driving. Thankfully, I wasn’t injured or, God forbid, killed anyone. Small damage to my truck, a $1,000 towing fee and a $1,500 fine is a small price to pay to be alive and well. This was eye-opening for me and I decided to advance my profession in a field that is familiar to me and at the same time helpful to those who are in need, i.e. truck drivers. While driving my truck, I challenged many technical and computer issues which I was overcharged for and it didn’t necessarily fix the problem. Turns out, 90% of the time, the issue was in the DPF system. I started looking into it and learning about DPFs. One day I realized that this is something I could do. I decided to open my own DPF cleaning business. I am very passionate about it and enjoy working in this field. Our shop provides a full DPF system cleaning service for more than 8 years in the Diesel Emission Industry.  Our shop strives to improve services and customer satisfaction. We provide service for big companies, such as Walmart, Amazon, FedEx, and Landstar to name a few. DPFs can prevent many other issues if they are regularly cleaned and well maintained. Save yourself time, money, and hustle and let us take care of your DPF system. I work with a great team of mechanics who will treat you as a family and will help you with everything you need. 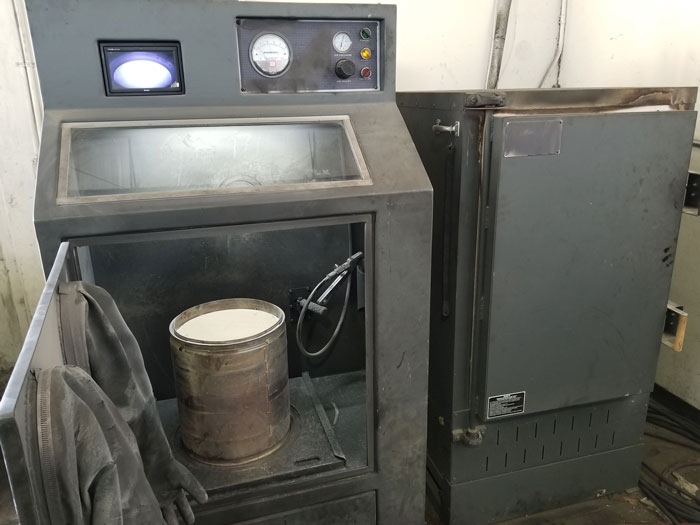